We went out to my Dad’s on Monday to visit for Father’s Day.

Of course my dad was busy playing with David. They did many things …

First they got the tractor out:

They went for a walk … 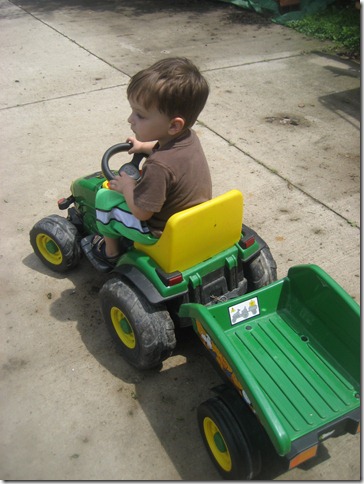 David rode and Grandpa walked a lot side. They gathered some rocks at the park up the hill for David’s little machines.

Then they got the remote control car out:

Grandpa gave David driving lessons up and down the driveway.

Then it was David’s turn to drive…he is a very fast learner! 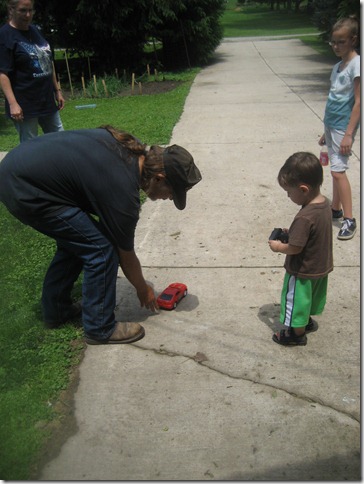 They got a snack and something to drink

and then…it was time to play MAN’S

That is what every GOOD MAN does…

“A MAN IS A HARD WORKER !! God wants us to be good workers like your Dad”–that’s what Grandpa says to David.

and they went to work.

when I came out to see what they were doing this is what I saw:

David and Grandpa were loading rock and dirt….and that was a heavy one.

David is working on the tire …it needed some air! 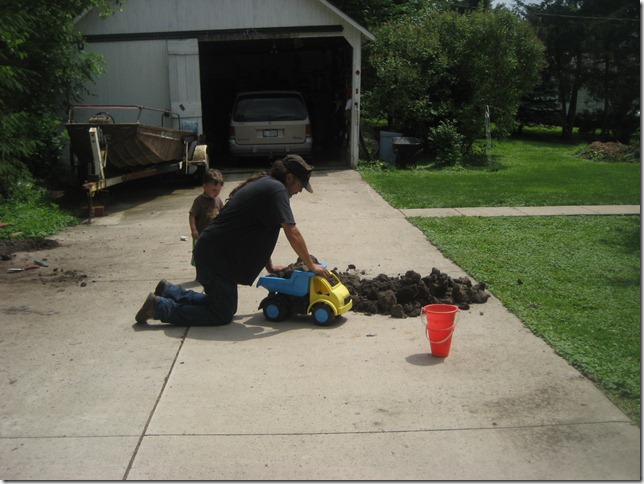 They loaded the truck and hauled it over to the other side of the driveway.

And they dropped of their load…

They went on like this for a good hour

Talking about being hard workers

and being GOOD MEN!

all while talking in their manliest deep voices..lol

When they were done they were both  SWEATY and HOT from a hard hours work.

I love how my Dad plays

teaching little lessons all along the way.

Who else but my dad would haul dirt from one side of the driveway to the other just because they were workin’ and playing man’s!!

He always takes his time

Most people have to hurry…

they do not stop and see.

I am glad that God made Grandpa…

Thank you for sharing your thoughts with me. Cancel reply